In the relatively short time we’ve been doing the Nerdvana segments on this blog, we’ve celebrated characters, songs, a food product and a building, but today’s Nerdvana celebrates an entire location. Today, Nerdvana geeks out over the setting of the geektacular Disney movie Big Hero 6, San Fransokyo.

If you can make it here, then you’ve got some sort of reality-warping machine, ’cause it’s a fictional location.
While the comic book miniseries that the movie is very, very, very, very, very, very loosely based on was simply set in Tokyo, the Mouse House’s filmmakers decided to make the movie’s setting a mash-up of Tokyo and San Francisco, just as the movie itself was a mash-up of Disney and Marvel. Even the Golden Gate Bridge is a Japanamerican mish-mash, viz: 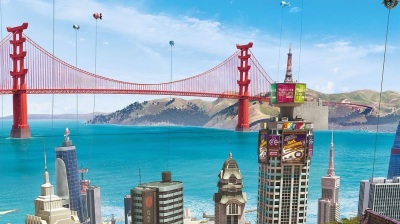 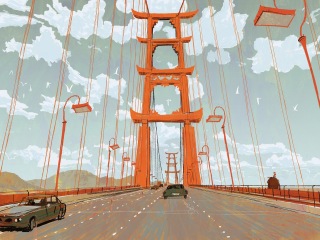 Now I enjoyed the movie, but I REALLY fell in love with this city idea. As the producers have noted, San Fransokyo is practically a character in itself. This has already become one of my favorite fictional burgs, even surpassing Superhero City from Marvel’s The Super Hero Squad Show…. 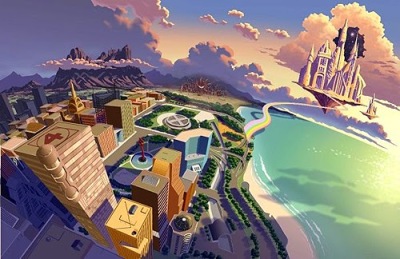 …of which I still like some of the architecture (particularly the Xavier Academy, Asgard and the Baxter Building, though I like the latter better with the blue hue it had on the show), but San Fransokyo edges Superhero City out on 2 counts: one, its’ buildings are more creative and imaginative, and two, San Fransokyo isn’t crawling with capes; if every other inhabitant of your city is enhanced, mutated or otherwise ‘superfied’ in some way, then being a superhero isn’t really anything special.
*************************************************
Now I’d like to do a story or make a show with an Eastern/Western mash-up setting. Why do I dig San Fransokyo? Let me enumerate the ways: first, it’s ethnically and culturally diverse, populated by Asians, whites, blacks, wasians (white Asians), blasians (black Asians–is that even a thing? Well it is now, I’m calling it) and other races live together in peaceful cohabitation with all of the various cultures, architecture and nomenclature coming together…

“Note how he said ‘blacks‘, as in plural. Yes, there are other blacks in San Fransokyo. I’m not the only one. So pressure groups, put down your picket signs.” 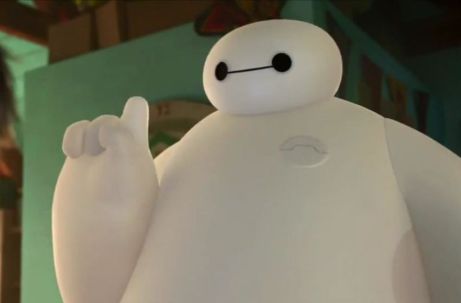 “Don’t forget robots. This town has a thriving robotic and mechanical population, with machines performing many useful and vital duties for humankind. Sure, we aren’t allowed to vote and we’re rarely taken out to discos, but we’re here, we’re digitized, get used to us.” 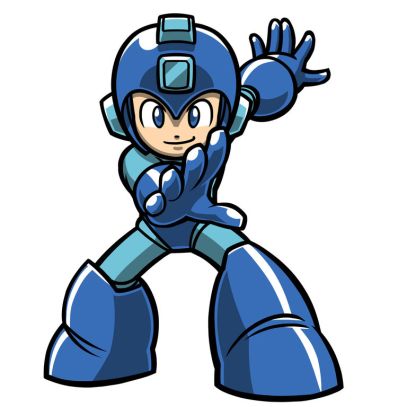 “Hey, dude. I get that you’re the current robot of the hour, but I gotta say, your look just ain’t cuttin’ it. Big, white and balloon-ey? No style. Fix yourself up with some styling metallic armor, with some gems and plates, a bot’s gotta have some bling. And stick a cannon to your arm, chicks dig arm cannons. But you can’t be blue! That’s my deal.”
That reminds me: another reason I like San Fransokyo is because it’s a futuristic city. I loves me some Cities of Tomorrow. San Fransokyo has a Science and Technological Institute…

…which is a haven for the future eggheads of tomorrow. There are even female students there. 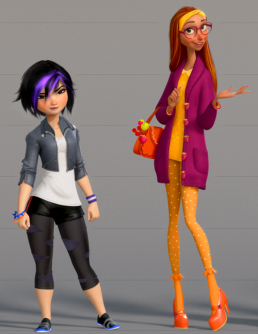 Go Go: Yeah, girls like science and tech. No big whoop. I’m into anything that moves fast, flies high or causes motion sickness.
Honey Lemon: I love science! I also enjoy cosplaying at sci-fi and fantasy conventions. Ya hear that, writers of Conan and The Big Bang Theory?

Also, San Fransokyo reminds me of the wondrous cityscapes from Akira Toriyama’s Dragon Ball series, with the futuristic flying cars, presence of high tech, advanced science and a little bit of magic, and the ovoid and spherical building structures. 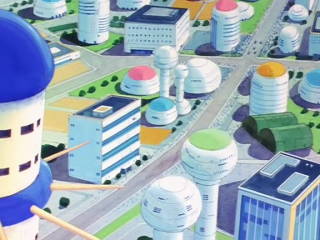 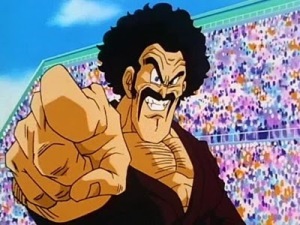 “Yeah, this place you’re geeking on is pretty nice and all, guy, but that name’s just not working for me. I’d give it a more impressive, more awesome name, like…Satan City! Now that’s a name a town can be proud of!”

“Yeah, the home of Satan. That’ll bring in the tourists!”

Finally, I’d be remiss if I didn’t mention that San Fransokyo is the home of boy genius Hiro Hamada and his MILF-ish aunt Cass, a gregariously underused element in the film, as far as I’m concerned.

“Are you trying to seduce me, Mrs. Robinson? Please say yes!”

Get outta here! I’m sure there’s a game of D&D going on that needs a Level 22 Archer or something.
-So come on down to San Fransokyo. 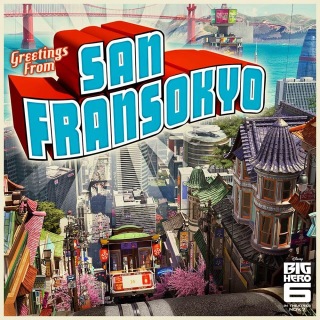 You’ll come for the beauty and the science, you’ll stay for the Sushi Burgers.

One thought on “Nerdvana: San Fransokyo”