Our solar system. Eight planets and one dwarf planet formerly known as a planet moving and grooving around the Sun. It’s where most of live and keep all of our stuff. It’s also been the inspiration for not 1, but 2 toy and fandom franchises.

In this corner, we have MILKY WAY AND THE GALAXY GIRLS. 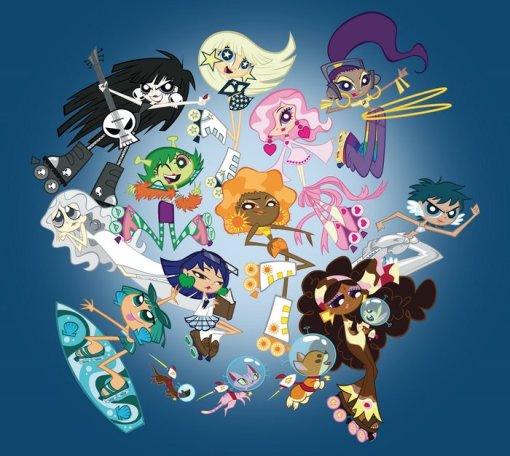 A funky fresh line of cool girl characters created by Lauren Faust, created with the goal of to offer up to other girls the same kind of joy and inspiration she experienced as a child, with images of girls and women as positive, active, individualistic, fun, and even a little edgy.

And in this corner, we have THE PLANET HEROES.

A line of toys from Fisher-Price designed for children ages 3–8, depicting various heroic characters each identified with a specific planet. These characters represent their planets in design and features, such as Mercury and Pluto are very small, while Jupiter is a larger toy.

But which is better? Which is the cooler toyetic take on the solar system? Today, we place them against one another, head-to-head, to find out.

NOTE: While both franchises also boast characters for other heavenly bodies like the Sun, the Moon, stars and the like, for this we’ll only be looking at the characters representing planets. Why? Because I’m incredibly lazy. However we will be covering Pluto, despite it no longer being considered a planet; it was a planet when I was a kid, and I still consider it a planet now. Besides, it’s already been demoted from the cool kids’ table, Pluto’s suffered enough. That said, let’s get it on!

PLANET HEROES: A futuristic Space Base.

ADVANTAGE: Planet Heroes. It’s fun to travel the cosmos, but it’s also good to have a place to hang your hat.

Just roll with it.

ADVANTAGE: Planet Heroes. Kicks are cool, but nothing beats cruising through space in your sweet, sweet ride. 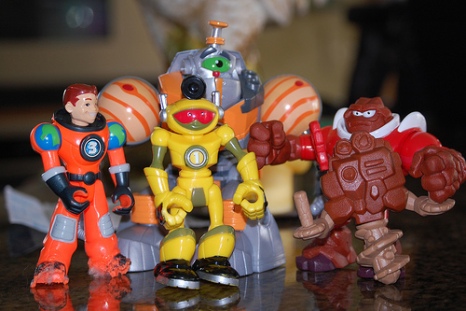 ADVANTAGE: Push. Dolls, action figures, whether you want to snuggle or beat the crap out of one another, whatever floats your boat. 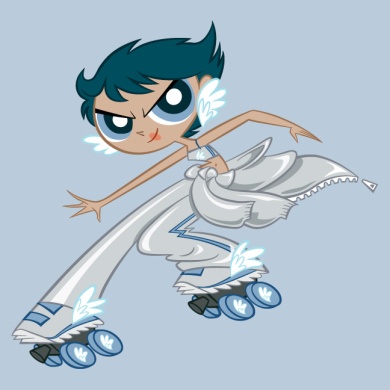 PLANET HEROES: Zip, coming with a small gun and a 2 wheeled vehicle, that when rolled back will zip forward. 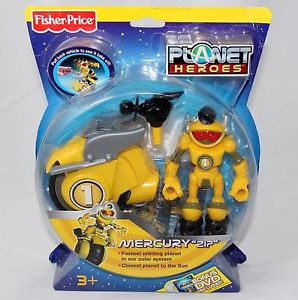 ADVANTAGE: MWGG!. I like the silver outfit; silver’s one of my favorite colors.

MWGG!: This lovely, pink-haired perfectionist aspiring ballerina, complete with ballet slipper skates (makes no sense, but why not?).

PLANET HEROES: Dazzle, the only female Planet Hero, with a lava launch gun. 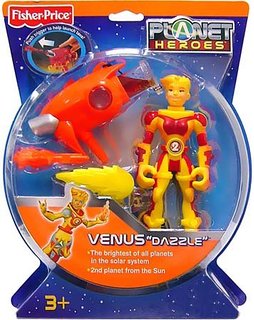 ADVANTAGE: MWGG! Dazzle’s hot, and has a cool name, but she’s the ONLY girl on the team. Token females are so old-school, plus, come on, look at Venus. She’s magically babe-licious! (Plus, forgive me, but I initially thought Dazzle was a boy before I noticed her breasts.)

PLANET HEROES: Ace, a young Earth boy with a Go-Kart, a skateboard and wings. 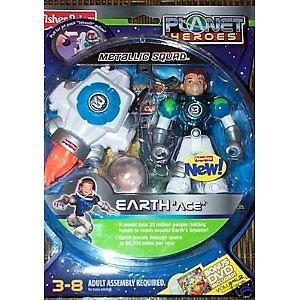 ADVANTAGE: Planet Heroes, by default. I’m sure Ms. Faust gets asked this all the time, but why is there no Galaxy Girl for Earth? It’s our primitive planet, sure, but it’s still a planet. Could she not think of a persona for Earth? Earth also means dirt, so she could be a farm girl in a Daisy Mae outfit. Hey, I’d buy that.

It’s not easy being green…and weird.

PLANET HEROES:  Digger, a red guy who digs, with a drill and shield.

ADVANTAGE: MWGG!. I like how Ms. Faust chose to make the Mars character a stereotypical Green Martian. As a fan of cheesy sci-fi movies, I can’t resist Mars. 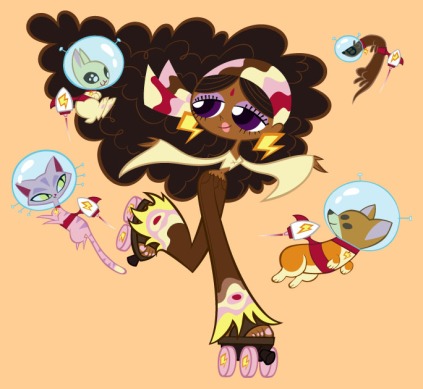 ADVANTAGE: MWGG!. While I do like how Gustus is big like his planetary namesake, I also happen to find hippie chicks irresistible. 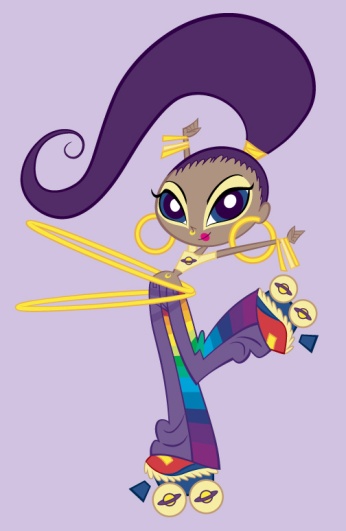 PLANET HEROES: Rings, a dude with a ring cycle.

ADVANTAGE: MWGG!. I almost gave this one to Rings, since Saturn’s rings are just decoration, but in the end I had to succumb to my love of techno music.

10. REPRESENTATIVES OF URANUS AND NEPTUNE

(I’m listing these 2 together since Uranus and Neptune are twin planets.)

MWGG!: A pair of twin sisters: Uranus, a bookish brainiac…

…And her twin Neptune a space-faring surfer chick. 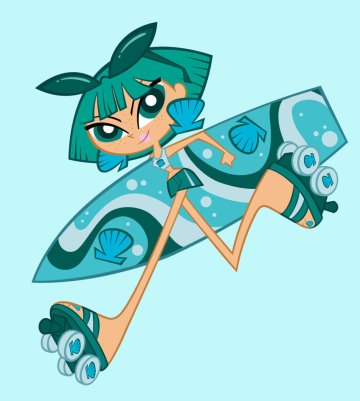 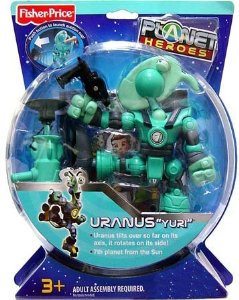 Neptune- Tune, a liquid dude with a large vehicle. 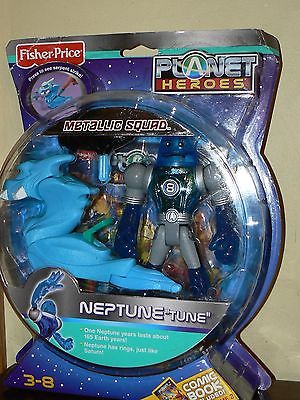 ADVANTAGE: MWGG!. They’re twins, baby. I don’t think I have to say any more.

PLANET HEROES: Shiver, the smallest Planet Hero with a snowmobile.

ADVANTAGE: MWGG!. Both are cold, but one of them is STONE COLD! A stone cold rocker, that is. 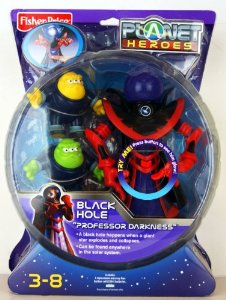 ADVANTAGE: Push. There are no winners here. Remember kids, just say ‘no’ to evil.

FINAL SCORE: with a whopping score of 7 to 3, our winner is…MILKY WAY & THE GALAXY GIRLS!

The Planet Heroes had some chops, but in the end, the Galaxy Girls’ quirkiness and fashionable flash edged them out just so slightly.

We end this somewhat pointless venture with a cool space montage.