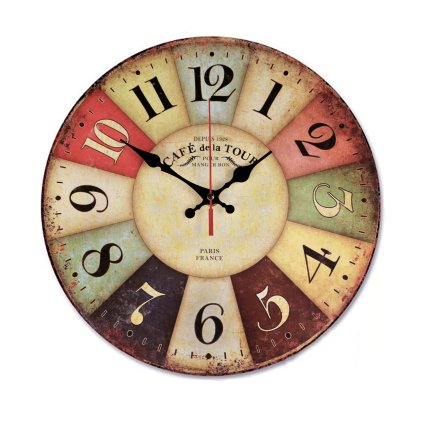 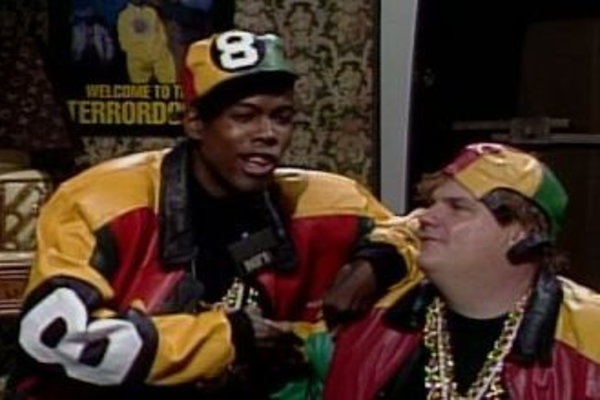 No, it’s time for another What The Funny Freakazoid! episode breakdown!

-Before we start the fun, I’d like to get something off my chest: I know that productivity here has been seriously lacking lately, and I’m not happy about it. At all. There’s only 5 more days until February, and this is only our second blog post this month. That’s un-****ing acceptable. Forgive my gutter-mouth, but Twinsanity means a lot to me; it’s an outlet for me, a release, and I just plain enjoy making Twinsanity stuff. We have big plans for Twinsanity: our long term goal is to expand Twinsanity to a full blown website where we can post bigger and better things, more than just mere blog posts (I personally would like to do video material similar to the likes of Phelous, Movie Nights, Baywatching, Some Jerk with a Camera and Il Niege) and hopefully be able to do this–just having fun goofing on cartoons and other stuff we like–for a living one day. However, while I’m not the least bit pleased by how slow and infrequent the output here has been lately, it isn’t entirely our faults. Things have been really been crazy in real life as of late; the latter parts of 2017 have been Dumb Distractions A-Go-Go, and unfortunately some of those distractions managed to spill over into January, but things have finally begun to calm down at home and become more stable, so hopefully henceforth we can resume more regular production here in the upcoming weeks and months. My creative inbox is really full, and I plan to start getting stuff out now.

There. I feel better.

Also, some sad news: this is going to be the final entry of this particular What The Funny.

…But while this installment draws to a close, What The Funny itself will go on, just with a different show.

Our final Freakazoid! WTF focuses on a segment from episode 7, Freakazoid is History!

Premise: While rescuing Air Force One, Freakazoid enters a vortex which takes him back to December 7, 1941. He prevents the attack on Pearl Harbor, and returns to the present to discover what Freak hath wrought.

Trivia Time: The plot of this short is borrowed from the 1980 Kirk Douglas film The Final Countdown, in which a naval carrier ship passes through a storm vortex and ends up back in time on the day before the Pearl Harbor attack, leaving the crew to debate whether or not to interfere with the course of history. Rod Serling’s pilot for The Twilight Zone, “The Time Element,” similarly features a man who ends up in Pearl Harbor the day of the attack and futilely tries to warn those around him.

The short begins with Freakazoid on nightly patrol, while being distracted by a chatty gargoyle who keeps droning on about Lothgar the Ill-Postured —King of the People with No Name but Decent Footwear, in the Great Time of Leanness on the Plain of Vastness. This is another knock the show has made on Disney’s Gargoyles, one of the others being a one-and-done parody short entitled “Lawn Gnomes, Chapter 4: Fun in the Sun”.

Freakazoid finally gets him to shut up by offering him a Tweety Bird Pez dispenser.

But trouble’s a-brewin’: Air Force One (with then President Bill Clinton on board) is damaged and caught in the middle of a violent storm. Freak flies in to the rescue, assuring the Prez and his aides that everything will be all right, adding that he’s the only one who came with a jetpack.

Freak saves the plane, but gets caught in a vortex in the storm. 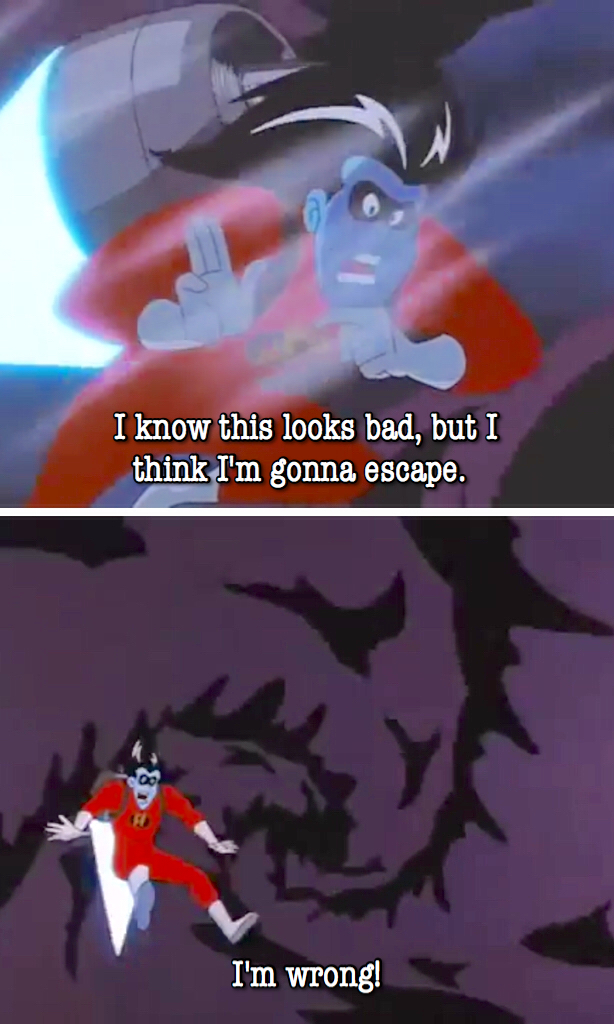 Freak lands in the middle of a tropical landscape, and decides to check things out.

Among the things he spots are:

A fleet of battleships that look like something out of WW2, a Giant Kate Smith being dropped in to entertain the troops… 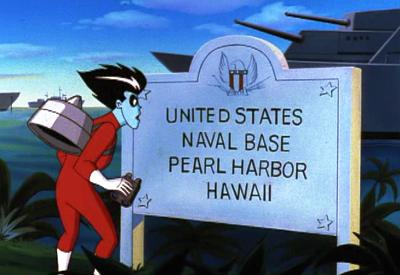 Finally, a montage causes Freak to realize that he’s gone back in time, leading to this really funny spoof of the NBC sci-fi series 1989-1993 Quantum Leap entitled ‘Quantum Freak’.

“Yes, I get it. This is like that show where they travel through time…I won’t say its’ name because I don’t want to get sued…” 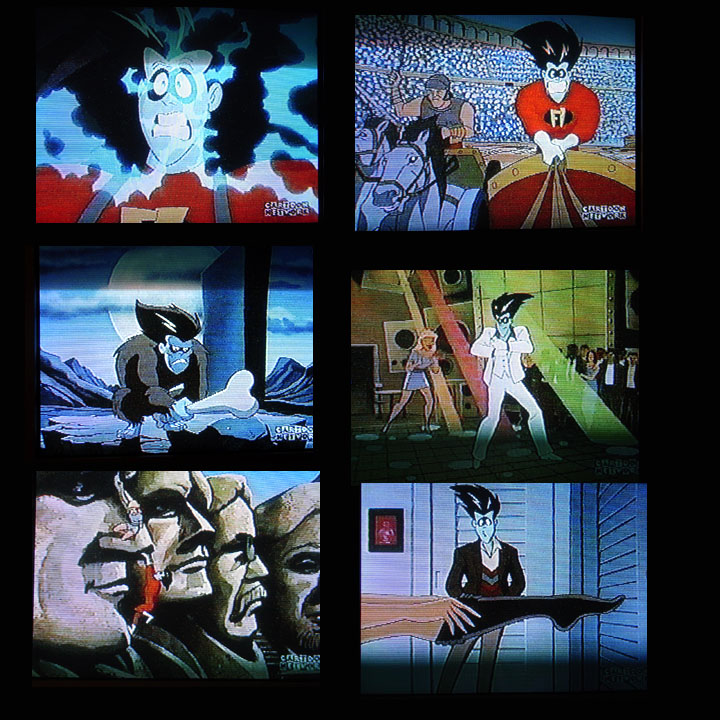 “Quantum Freak” includes spoofs of Davy Crockett, Ben-Hur and 2001: A Space Odyssey (both directed by Stanley Kubrick), Saturday Night Fever, North by Northwest, The Graduate, The Sound of Music (which was also spoofed in the Paul Rugg-penned Animaniacs shorts “Hello Nice Warners” and “The Sound of Warners”), Steven Spielberg’s Jaws, The Defiant Ones, and Hello Dolly! The series did a much more elaborate Hello Dolly! spoof in the second season premiere, “Dexter’s Date.” Freakazoid’s comically large strap-on nose is this segment’s second joke at the expense of Hello Dolly! star Barbra Streisand. As wild as this montage is, the show’s actual opening is even crazier.

Anyway, Freakazoid seizes the moment and prevents the Japanese from bombing Pearl Harbor (by erecting a toll bridge in the sky and causing the planes to go back since they didn’t bring any pocket change), then the vortex opens up again, and Freak is swept back to the present, where he sees what changes he’s made to the timeline:

It seems that Freakazoid has actually made a better world…or has he? He spots the same storm engulfing Air Force One, but there’s a new President on board… 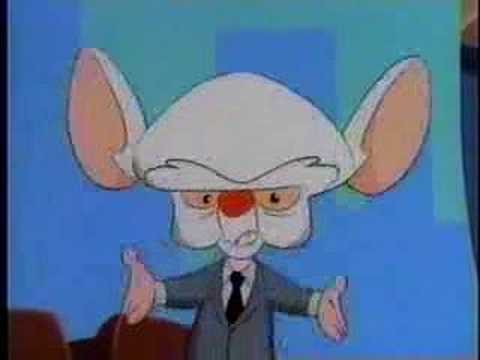 And who’s flying the plane? 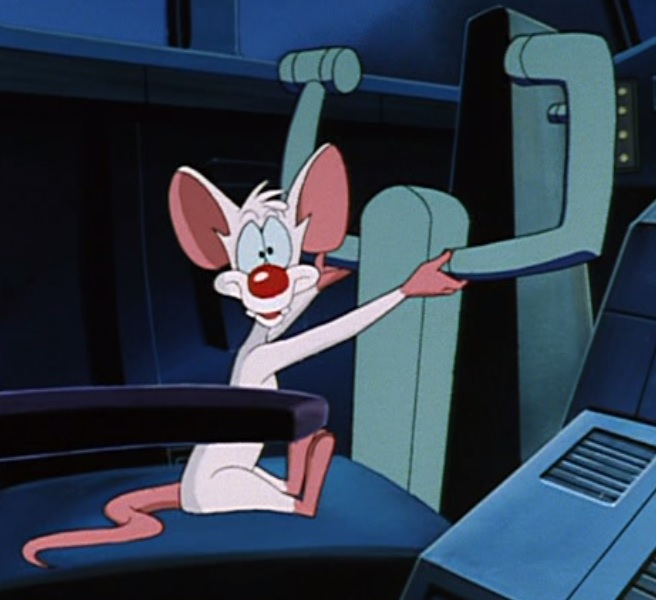 Do you even need to ask?

“Freakazoid is History” is like many of the better season 1 episodes, short and simple, but really funny. The gags come flying at you fast, and given that Pinky & the Brain was one of The WB’s biggest hits that the network was really banking on at the time, I should have seen the ending coming a mile away, but it still made me smile.

Well, that wraps up our Freakazoid! breakdown. Next time on What The Funny, Jason’s back at the wheel, where he’ll take a look at a cartoon which could be categorized as an Adequate Program or a Standard Series. You could even call it a…

3 thoughts on “What The Funny #11: Freakazoid is History!”