As you know by now, we don’t review movies here at Twinsanity, so I won’t go into detail about the movie itself (there are already a ton of reviewers YouTube who have done that already), I’ll just say that my assessment of the film overall was… 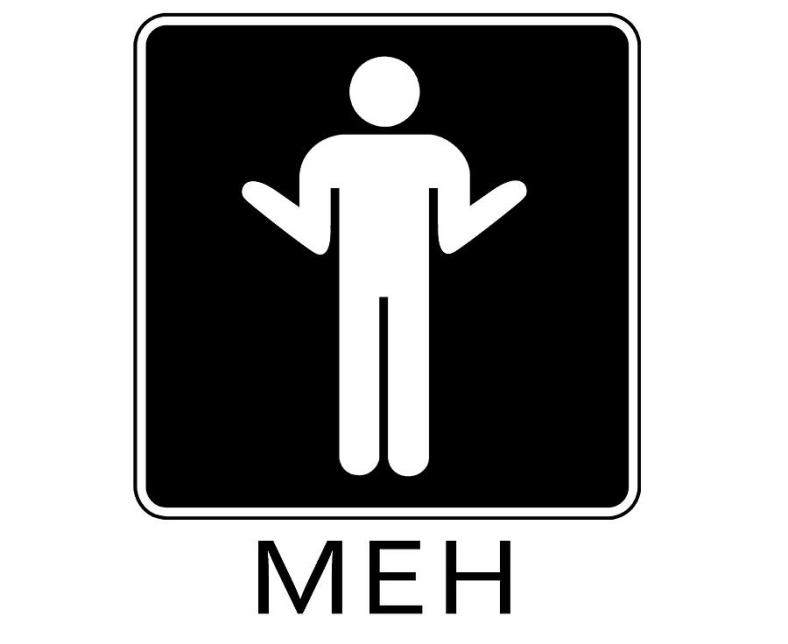 It was OK. Not great, not groundbreaking, just OK. I don’t think it was low-grade dog food like many people on the internet apparently do, but I admit that its’ main draw was either for die hard Scooby-Doo fans or people in my age bracket (40-100 and up) who grew up with 1960’s through 1980’s Hanna-Barbera cartoons and will therefore recognize and appreciate the many references, allusions and callbacks. 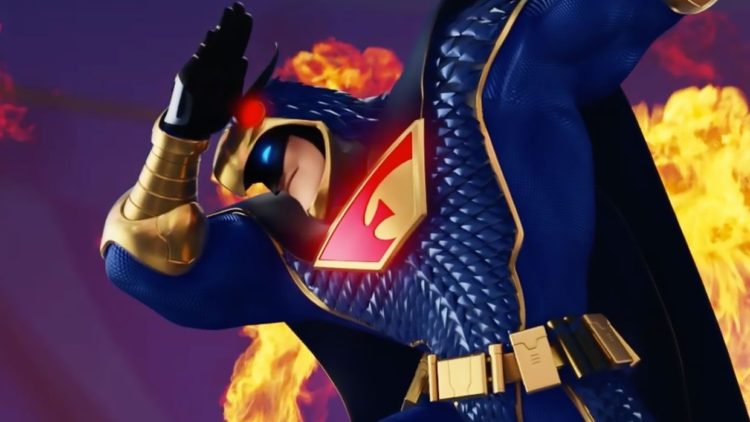 I liked the movie’s takes on Blue Falcon… 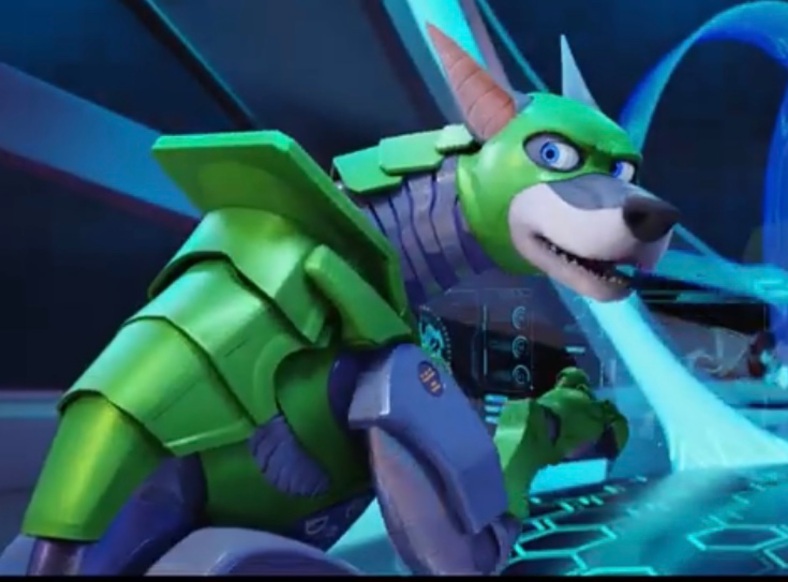 To understand why I feel this way (and to get the young’uns in the crowd up to speed), here’s a brief history lesson:

Blue Falcon and Dynomutt, Dog Wonder made their debut on ABC’s Scooby-Doo/Dynomutt Hour in 1976. The Blue Falcon (originally voiced by Gary Owens) was a Batman-esque superhero (his alias was that of millionaire playboy Radley Crown) and Dynomutt (originally voiced by Frank Welker) was his eager, brave but comedically inept sidekick, who just happened to be a talking robot dog. Dyno’s bumblings were so frequent that Blue Falcon (or “B.F”, as Dynomutt called him) would often refer to him as ‘Dog Blunder’. 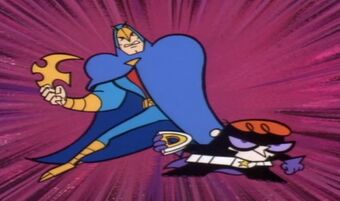 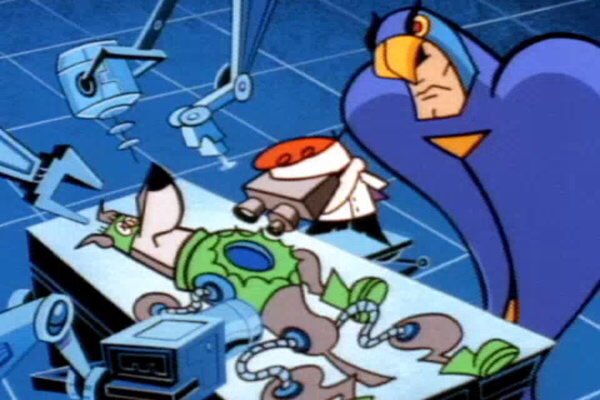 In it, the Falcon’s arch-foe, The Buzzard, ‘kills’ Dynomutt in battle and BF comes to Dexter for assistance. Dex rebuilds Dyno, but feels that the goofy ‘Dog Blunder’ isn’t a worthy sidekick to an awesome superhero like Blue Falcon, so he builds a replacement called Dynomutt X90, a more efficient but far more aggressive robot dog who’s so extreme that he sets a man on fire for littering and nearly laser blasts a little girl for picking a flower before he’s stopped by the re-activated original Dynomutt.

“Jaywalking? Not on my watch, buster! Say your prayers, dirtbag!!”

At the end of the short, Blue Falcon says that he prefers having a comic relief sidekick because it makes him look cooler. Dexter, who’s saddled with Dee-Dee, agrees.

Fast-Forward to Scooby-Doo: Mystery, Inc. BF and Dyno turn up in this series as well (by this time it’s been long established that the crime fighting duo know and are well-acquainted with the Scooby-Doo gang, as they’ve met and crossed over on numerous occasions and even appeared alongside one another on the Scooby Doobies team on ABC’s Laff-A-Lympics), albeit with a slightly revised backstory and some notable changes in characterization. Here, rather than being a rich playboy, Radley Crown is a security guard at one of the laboratories of Quest Industries (as in Dr. Benton Quest, father of Jonny Quest–yes, Jonny Quest, Scooby-Doo and Blue Falcon exist in the same universe–it’s canon now) and Dyno is his faithful dog Reggie. One fateful night the two are attacked by a mutated monster created by Mad Science and Reggie is seriously injured in the attack. Desperate to save his friend, Crown enlists the aid of Dr. Benton Quest himself, who utilizes Quest technology to transform Reggie into a super canine cyborg. While Dyno here is his usual goofball self, B.F. is more gritty, angtsy and edgy, basically a spoof of Frank Miller’s Batman from The Dark Knight Returns.

And now we come to today. B.F. and Dyno turn up again in Scoob!. Here, Blue Falcon is a very famous and highly revered superhero, idol to millions and heavily trademarked, BUUUT (*Spoilers for those who haven’t seen the movie, or actually care, which I doubt is many of you) this Blue Falcon is not Radley Crown, rather it’s his adult son Brian Crown, a somewhat goofy and slightly egotistical glory hog who seems more interested in promoting his brand than saving the world.

“Remember, kids: say you prayers, eat your vitamins, drink your milk, and buy my T-shirts!”

Dynomutt meanwhile has apparently been upgraded to a sleeker, cooler and far more competent version of himself; his tech is 100 times cooler, he’s more sarcastic and quick to chide his new partner and his goofy giggles have been replaced by a more annoyed wiseguy voice, provided by Ken Jeong.

And I enjoyed the heck out of these guys, particularly Dynomutt 2.0. Confession time: I’ve always thought Dynomutt was kind of cool. Despite his usual portrayal as a bumbling dufus who hindered Blue Falcon’s efforts as much as he helped them, I always though his tech was pretty cool. Back in the ’70’s, Dynomutt, along with the Robonic Stooges…

Were what first attracted me to the idea of utilizing high-tech as a super power. These guys were the Robocops and Cyborgs of their day. So I was actually glad to see Dynomutt on screen and not being a joke. You’re free to disagree with me but I thought Blue Falcon and Dynomutt’s banter was funny and I love their new designs. The details on Brian’s costume looked awesome and this new Dynomutt is just cool-looking and badass.

Plus, I can’t be the only one who’d like to see an animated series starring these two. C’mon, a Booster Gold-esque Blue Falcon trying to make a name for himself while struggling to live up to his father’s legacy and his snarky but efficient robot dog companion? I’d watch the heck out of that show!

Even if you don’t agree with me on that, there’s something else I think we can all agree on:

Kid Daphne in this movie was cute as a button!