No, this isn’t the series review. We’ve covered that back in May. Rather, this is more of an analysis of what we’ve seen of Cartoon Network’s new animated series for the Looney Tunes franchise The Looney Tunes Show so far. Since as of this writing, TLTS will taking a short hiatus for next month or so and we’ve reached a midpoint of sorts, I’d thought that we’d take a look at what elements of this new take on LT/MM franchise are good and which elements aren’t working out so well. Before we begin, let me just state first and foremost to those who haven’t seen it yet that The Looney Tunes Show is not a reiteration of the classic theatrical shorts, nor is it intedned to be. Those who are complaining that TLTS isn’t the shorts should simply watch the shorts. I would suggest buying either the Looney Tunes Spotlight or the Golden Collections DVD sets. I should also point out that the latter collection costs a little more. having said that, let’s break it down now, shall we? 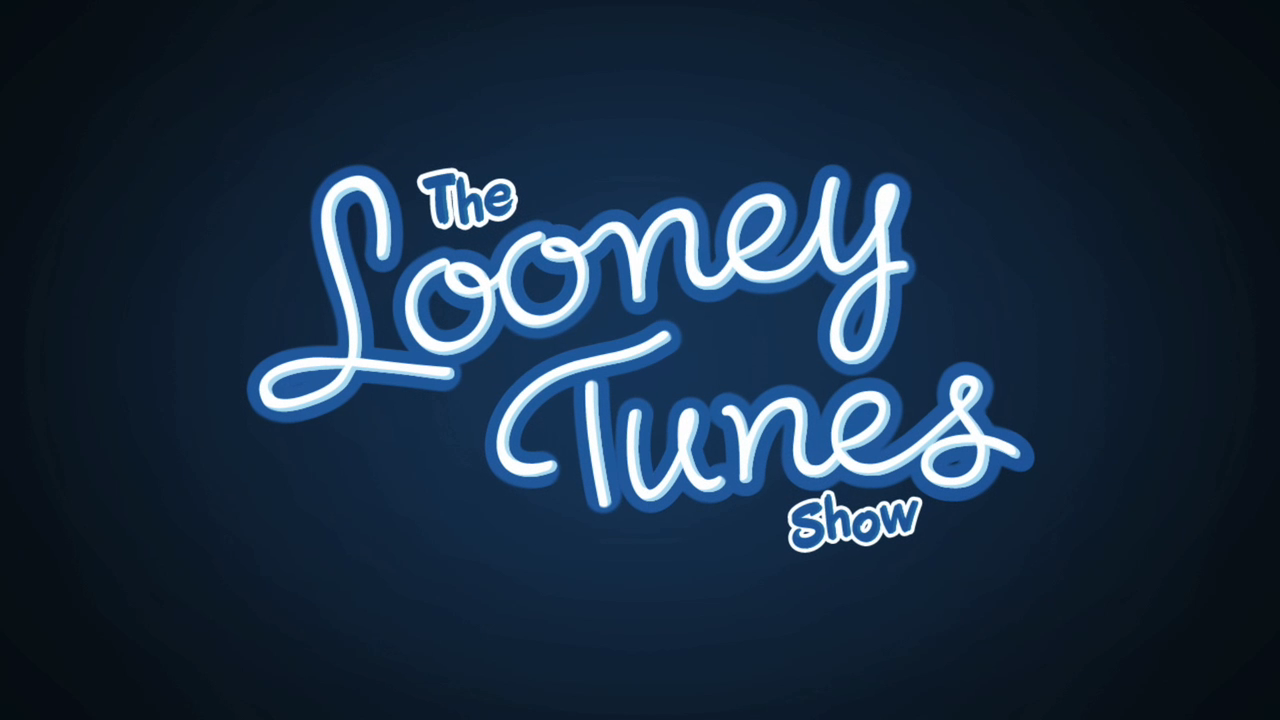 1. The Half Hour Episodes
I don’t personally have a problem with the main half hour episodes, provided that the stories of which actually lend themselves to being half an hour. Some of the episodes’ main plots seem to be 10 minute plots unnecessarily stretched out to 22 minutes. The series’ premiere episode “Best Friends” in particular seemed to go on forever, despite having a few good lines and gags. I don’t see why the TLTS can’t have some two 10 minute shorts, or even the occasional three 7 minute shorts as opposed to always being a single 22 minute plot. Some fans have complained about every main plot revolving around Bugs and Daffy, but I personally don’t have a problem with this, since the less celebrated Looney Tunes characters have other chances to shine in other parts of the show (which I’ll elaborate on later). However, this brings me to a sub-point within this point:

1.5 The Bugs & Daffy Dynamic
By now, most of us are well familiar with the whole “Bugs is a winner, Daffy is a loser” formula which has been in effect ever since Friz Freleng’s “Show Biz Bugs”, and this new series only continues with this formula. Here, Bugs is a successful entrepreneur (the inventor of the carrot peeler, as well as being a former star athlete, the President of Spain and Batman!) who’s living comfortably in a house in the suburbs, while Daffy is unemployed and unemployable (“No job, no education and a credit rating of negative 13!”), has apparently fallen on hard times before the 1st episode and is currently Bugs’ permanent house guest. Now, far be it from me to wish for the shows’ producers Spike Brandt and Tony Cervone to interfere with this familiar dynamic, but I feel that the way that Daffy and Bugs’ characters are portrayed leaves room for improvement. Daffy is supposed to be a lunatic, but on TLTS, he often comes off as being merely oblivious and stupid. Bugs, meanwhile, often comes off as being too calm and too perfect to be very interesting on his own. The Rabbit’s main purpose on TLTS is to react to the eccentric characters around him (although Bugs was great in the episode “Jailbird and Jailbunny”, one of the best episodes in the series thus far). Now I’m not suggesting that TLTS have villains, but it wouldn’t hurt to have some character(s) impose their will on Bugs from time to time, so that Bugs can then get his comic revenge on said antagonist(s). As Chuck Jones once noted, it gives Bugs a reason to act. I’d like to see more of the “rascally” Bugs in future episodes. Also, I know that is somewhat radical thinking, but just once, I’d like to see a Bugs VS Daffy competition where Daffy comes out on top, just to say that it happened. Plus, it might actually help Bugs’ character and make him seem more relateable if he lost once in a while.

2. The Setting
I’ve heard from some fans who flat out hate the fact TLTS has the entire cast (save for the Road Runner and Wile E. Coyote) living in an all American suburb, as they feel that this fixed setting is too restrictive. Now myself, I don’t think that the suburban setting is the problem here. My problem with the setting isn’t that it’s the suburbs, but that the series takes place in the real world, not in Toontown, Acme Acres or some other separate cartoon world. On TLTS, there are no falling anvils, exploding bombs, characters getting flattened like pancakes, being mashed into accordians, inflated like helium balloons and then being perfectly fine again in the very next scene. The only episode (so far) in which we’ve seen this was the episode “Casa De Calma”, which was itself a leftover episode from Laff Riot, the shows’ original sketch comedy show format before it was changed to the sitcom format that we have now. I didn’t mind Granny having a World War 2 back story in the episode “Eligible Bachelors”, but I would have enjoyed it more if it had actually been, you know…funny! The flashback scenes were played almost completely straight, except for the bird parts. Why?? LT has done humorous takes on the war during the war, so why can’t they do the same thing decades after the war? Just because TLTS has a sitcom format doesn’t that the shows’ humor must be 90% verbal and only 10% visual. TLTS needs more “tooniness”. Also, where are the celebrity caricatures and pop-culture jokes/references that Looney Tunes has always been known for? I’m not suggesting that the producers make the shows’ humor overly topical, which would result in the series becoming extremely dated in 3-5 years, but the original shorts, as well as the Silver Age WB/Amblin animated series all employed this particular technique, so there’s no reason why this formula can’t or shouldn’t employed here on TLTS.

3. The Intermissions
Of course, I’m referring to the Merrie Melodies and Road Runner and Wile E. Coyote segments. These I actually don’t have a problem with. They’re usually a welcome part of the show and needed break from the half hour plots. The Merrie Melodies typically spotlight on Looney Tunes characters who otherwise only get supporting roles in the main story lines (The Goofy Gophers, Yosemite Sam, Elmer Fudd, Tweety and Sylvester, Henery Hawk, Marvin the Martian, etc.) I enjoy the Merrie Melodies segments and can’t think of any way to improve on them. Same deal with the Road Runner shorts. Most of them remain quite faithful to Chuck Jones’ original vision for the shorts, except for “Slient But Deadly” which actually violates 2 of CJ’s disciplines for the RR shorts: The Road Runner never leaves the road and the Coyote is never injured by the Road Runner. I don’t know why the RR shorts are done in CGI, but it’s good CGI, so I have no complaints about the animation.

4. The Nitpicks
Just a few minor points that I’d like to mention here: Some fans have complained about TLTS’s depiction of Lola Bunny, saying that they’d prefer to see Lola be more like the way she was in the movie Space Jam. To this I must ask “Why?” What was so great about the old Lola? Space Jam’s Lola existed to be nothing more than a Mary Sue and a furry fetishist’s wet dream. I’m personally OK with Lola being crazy, since she’s supposed to be a Looney Tunes character. My only complaint about Lola is that TLTS’s producers made Lola’s entire character be just about her stalking Bugs, and so Lola can never appear in a story or scene/sequence without Bugs. This goes back to the old complaint about female characters being girlfriends first and characters second. I’d rather Lola have her own things going in addition to her being obsessed with Bugs. Also, there’s been a curious lack of Elmer Fudd in these episodes (again, so far). Elmer has only appeared twice on TLTS as of this writing (thrice if one counts his non-speaking cameo in the Merrie Melody “Blow My Stack”); First, in the premiere episode’s Merrie Melody “Grilled Cheese” and again briefly giving a weather report in the episode “Fish and Visitors”. The series bio claims that Fuddsy is still a hunter, perhaps we could see some classic Bugs and Elmer confrontations in a future episode. We can hope.

Overall, I give The Looney Tunes Show a B-. Not perfect, but not the absolute worst take on the franchise either. To me, Loonatics Unleashed still holds that title. The series’ opening theme is downright infectious. I get the impression that the shows’ producers are mostly throwing stuff at a dart board and seeing what sticks. Here’s hoping that things will improve for TLTS during it’s 2nd season, since there’s always the chance of the producers improving on things during the season breaks.