Skip to content
On either of the 2 animation message boards that I’m currently on (The Big Cartoon Database and Toon Zone, respectively), it seems that invariably the subject of “Fill-in-the-blank network sucks now!” turns up, which leads to discussion about how to improve said network. And Cartoon Network is the channel most frequently placed on the chopping block. Seriously, just go to BCDB’s Cartoon Network, Nick and Boomerang forum; all they do there is complain about how bad they think CN has gotten. (I personally think that the Nickelodeon and Disney Channels are in far worse shape than Cartoon Network is, but that’s for another entry.) Having had to endure these nonstop debates for so long, I’ve come up with a way to improve Cartoon Network and it’s knockoffs, Boomerang and [adult swim]. I’m not saying that my way is the best way or even the only way to go, but it’s a way. It’s what I would do anyway.
And no, by improving the network, I DON’T mean just bringing all of the 90’s shows back and regressing CN back to the way it was 20 years ago. Just stepping back into the WABAC machine and regressing CN back its’ 1990’s form wouldn’t be improving the channel at all. Sure, that would please the fanboys, but it wouldn’t bring the channel the desired ratings and ultimately would do more harm than good, for the simple fact that nostalgia has a limited shelf-life. There are only so many times one can loop an old schedule of reruns before viewers start reaching for the remote because they’ve seen these shows 100 times already. TV is a business, and in order for a business to succeed, it must keep moving forward, not constantly be in a state of looking back. If you look back for too long, your neck starts to hurt.
Now, on to business.
For starters, I would give all 3 “networks” (I’m counting Adult Swim as a separate network here, even though I know that it’s really just a programming block on Cartoon Network. We all know that AS is just a mask that CN wears at night in order to protect its’ family-friendly image, but for ratings and demographics purposes, it’s considered a separate network, so let’s just call it that for the sake of this discussion) a unified branding. Cartoon Network, as the main default network and the one that started it all, will retain its’ present name and logo, viz:

But the others would get new names and logos, all based on the above design, similar to those of Nick’s current logos: 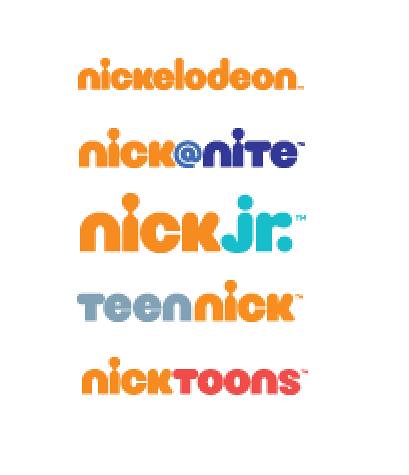 Under my regime, Adult Swim would be rechristened CNPM. Its’ logo would be the familiar CN tile logo with an additional tile next to it, white on blue, with letters P and M on it. Boomerang would likewise under go a name change, to CN2. Its’ logo would again be the familiar CN tiles, but with a 3rd tile, colored white on red (dang, I wish I had Photoshop!) with a number 2 on it.
Now on to the channels themselves:
CARTOON NETWORK
Despite what haters and nostalgia buffs will tell you, Cartoon Network doesn’t need a complete overhaul. The changes I propose making to CN are really only tweaks. There is, however, room for improvement in some areas. Let’s break them down:

CN2 (formerly Boomerang)
As with Cartoon Network, the changes I would make to CN2 wouldn’t need to be that elaborate. Between Turner and Warner Bros.’ collective vaults, there’s enough programming to sustain a 24/7 channel, I think. No need to acquire a bunch of 3rd party shows, which would require money and CN2 would have to become a commercial network in order to pay for them. Here’s what I’d do to CN2:
Again, I’m not saying that the above strategy is the best way (or even the only way) to improve these networks, but it’s a way. It’s certainly a better solution than just regressing them back to the way they were decades ago.