Today I’m going to talk about one animated setting that I’ve been geeking out about lately: The wild. The savage untamed world of the jungle and of pre-history.

The Savage Land – Come in and get eaten.

Before I begin, I’d like to make it clear that I definitely am not talking about The Flintstones. Don’t get me wrong; I know that The Flintstones is a pop culture icon and I understand the show’s influence and it’s impact on the world of modern animation, but the fact of the matter is that The Flintstones barely took advantage of the fact that it took place during the Stone Age. I get that The Flintstones was basically The Honeymooners in animated form and I’m OK with the occasional anachronism , but my feeling is that if you’re going to modernize things that much, you might as well set your series in the Present Day. Despite the prehistoric setting, The Flintstones was about as savage as a Tupperware party and therefore the series doesn’t fit my description of a “wild cartoon kingdom”. Having said that, beyond this crop of sentences, I won’t be discussing The Flintstones here at all.

No, when I say “wild kingdom”, I’m not just talking about incorporating rock puns in all of the characters’ names. I’m talking about the real Wild Kingdom. Where everything is wild and untamed. Modern conveniences are few and far between, and there’s no phones, no light and no motorcars…except maybe for this one.

Let’s start with a music video to set the proper mood:
I’m talking about the kind of society where there are still tribes and rituals and predators most of the animals are savage rather than being domesticated. When talking about dinosaurs, they don’t mean like this guy…

“So…Are you white meat or dark meat?”
I’m talking about the kind of society where if someone makes a joke where “A priest and a rabbi walk into a bar…” the response that you’ll get would be “What’s a priest? What’s a rabbi? and “What’s a bar?” And when someone says that they’re going clubbing, they mean with actual clubs.

And where the natives are closer to the likes of Captain Caveman.

And when it comes to “modern inventions” this is often how it’s done.

Of course, the wild cartoon kingdom need not be limited to pre-historic times, it can also be set in the savage untamed jungles. Such as the one depicted on Jana of the Jungle.

“Yeah! That’s what I’m talkin’ about! With the vines, and the swingin’ an’ the big trees, an’ the white tiger and the skins an’ the bare feet…”

Of course, I’d be remiss not to mention the likes of Tarzan, the original swinger…

…and Rima the Jungle Girl

…You guys don’t remember Rima, do you? Well, she appeared in a couple of episodes of Super Friends. For everyone under the age of 35, talk to your parents.

The kind of jungle that’s teaming with wild animals, such as Donkey Kong.

“King Kong ain’t got bananas on me! That’s a GORILLA JOKE!”

Or even The Jungle Book‘s Shere Khan.

“So what do you think? Red or white wine with filet of you?”

I suppose that I could give an honorable mention to Mike, Lu and Og for having a tropical island setting…

…but honestly, I thought that Mike, Lu and Og was a better idea than it was a show. ML&O followed the Scooby Doo and Inspector Gadget school of repetition, as nearly every episode adhered to the exact same formula: Mike would mention some modern convenience that wasn’t on the island, Og would then build said invention. the natives would misuse it, things would go comically awry and then everyone would conclude that the island is better off without said invention. Wash, rinse, repeat. Same deal with Disney’s A Pair of Kings. 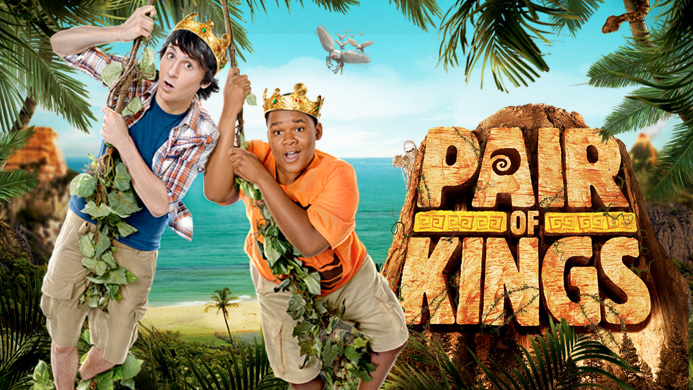