Are you still there? Good, because it’s time for the next Pop Dream!

Looks like we’ve made it, folks. Here we are at THE BIG TEN!!

Before we start, I’d like to once again apologize for delay. We’re not happy about it either. I planned to do this Pop Dream last month, but it was delayed due to distractions. November and December are notoriously bad months for blogging, since you have major holidays constantly vying for your attention. Nonetheless, better late than never. On with the fun and frivolity.

As previously stated, this is Pop Dream #10, and it’s very appropriate that we’ll be spotlighting a pair of twins on the first two digit Pop Dream. Our look at characters from Nickelodeon’s The Loud House continues with a look at the house’s set of twins. One of them is a princess while the other one is a mud bug. Today’s Pop Dream looks at Lola & Lana Loud! 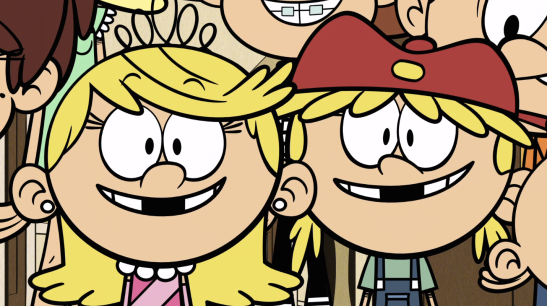 By now, it’s no secret that we love our twins on this site. When I first learned about The Loud House, my interest was immediately peaked when I learned that two of Lincoln’s sisters were twins, and this series didn’t disappoint. As you already know, I’ve chosen to spotlight each of Lincoln’s sisters in pairs in order to save time, but even if I hadn’t done that, I’d still be focusing on these characters collectively regardless because they’re a duo. Opposite sides of the same coin. You can’t have one without the other. Lana & Lola are like the Odd Couple of The Loud House.

Lana: Yeah, that’s right, Lola. Sometimes I forget that you’re younger than me.

Meanwhile, At 6 years old, Lana is the fourth-youngest child of the Loud family, and the second-oldest of Lincoln’s five younger sisters. She is also Lola’s older twin sister, with whom she attends the 1st grade at Royal Woods Elementary School.

Two sets of matching bookends, different as night and day…

Lola’s appearance is fancy, frilly and very, very, very pink. She wears a princess dress and a tiara daily. 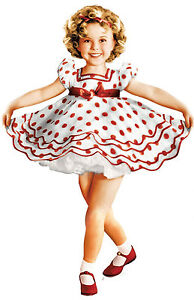 Also, personally, I would have had Lola wear a Shirley Temple type outfit instead of the beauty pageant outfit, but that’s me.

Lana’s look, on the other hand, can best be described as grunge. She prefers overalls to dresses, sneakers to Mary Jane shoes and is rarely seen without her backwards worn red baseball cap.

Lola is spoiled, arrogant, conceited, bratty, sassy, smart-mouthed and dresses like a princess. Lola’s interests include anything girly – this includes fashion shows, makeup, and posing for photo shoots. She is constantly claiming how beautiful she is, and can’t look away from a mirror for more than five seconds, which gets on everybody’s nerves. Some fans may indeed find Lola annoying, and I can understand why. Yeah, she can be obnoxious at times, but nonetheless, I can’t bring myself to dislike Lola. Partially because during a time where female characters are branching out and many modern women and girls are flatly rejecting pink, it’s a nice change of pace to see a female character who is proudly and unapologetically girly.  One can be feminine and still be feminist. People tend to forget that.

Meanwhile, Lana is a tomboy, contrasting with her twin’s more girly personality. She loves to play in mud, and enjoys getting her hands dirty. Her pleasures are found in filth of all kinds, and anything unhygienic, from frogs to digging in the trash for chewing gum to doing business outdoors. Despite her tomboyishness, and gross habits, she is a decent enough person, and is loving towards her family. Lana’s interests include mud, dirt, working on cars and generally being gross. She’s also a major animal lover.

Especially one animal in particular, her pet frog Hops.

“Promise me you’ll never turn into a prince.”

There’s one Lana moment that sticks with me; a scene from the short “Toads and Tiaras”. In it,  Lola gets injured and is unable to compete in a beauty pageant, so Lincoln recruits Lana (who’s identical to Lola) to take her place. Despite Lincoln’s coaching, Lana still proves to be in no way beauty pageant material. Disappointed, she says this:

“Maybe there’s something wrong with me.”

Speaking as a weirdo who spent much of his childhood not giving a crap about the things that most boys my age were supposed to be interested in, I identify with that. 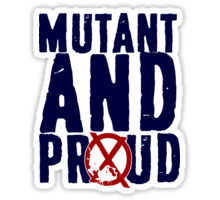 and this scene from “Baby Steps”. I like moments like these in which the twins act like the 6-year-olds that they are. This being a comedy, there will of course be exaggerations for comedic effect, which is great, but it’s good that The Loud House’s writers never forget that these characters are children and remember to keep their attitudes and their brains very childlike. I wouldn’t be surprised to see Lola and Lana speaking a secret language at some point.

Someone once said that “twins are like a family within the family”, and Lola and Lana are no exception. Ironically, Lola, the younger twin, is the louder and more aggressive sister, despite being pink and “sweet”, whereas Lana, though she’s the grubby tomboy, is the quieter and more compassionate twin.

By the by, peep out this image of the twins brushing their teeth together.

I don’t have a joke for this, I just think it’s super-cute.

Lola and Lana are like most twins (and siblings in general); getting on each other’s nerves one minute, having each other’s backs the next. Speaking of moments, I nearly lost it when I first saw the short “Patching Things Up”. In it, Lana and Lola are trying to become Bluebelles, but neither one wants to join without the other.

“Left In the Dark”: We first see the twins marching out of their bedroom to watch TV in the living room, all the while chanting “Cartoons! Cartoons! Cartoons!” That was pretty much the highlight of my day as a kid.

“Picture Perfect”: Lincoln, attempting to take the perfect family portrait, makes Lana and Lola wear marshmallows in their mouths in order to fill in the gaps for their missing front teeth.

“Undie Pressure”. Lincoln makes a bet with his sisters that they can’t go through an afternoon without doing their favorite things. Lana has to go without playing in the mud. I love this shot of her forlornly looking out of the window.

“Get The Message”. Lana and Lola are appointed hall monitors in school and use this “power” to hassle Lincoln in the Loud House hallway. This doesn’t seem like something that either of them would be interested in. I guess they just like telling people what to do.

All of the kids are begrudgingly pushing the van home…

…except for Lola, who stands on the top waving as though she were riding a parade float!

Initially, I was a little apprehensive when I learned that Lola and Lana would have opposite personalities, as I feared that the two of them would have anti-chemistry. Thankfully, Lana and Lola don’t hate each other like The Cramp Twins, and I do understand that if they were both exactly alike, there’d be little to no play among them, so some distinction is necessary. In little time, the twins joined the ranks of my favorite characters on the show. It’s a treat for me whenever either of them is on screen, especially when they’re seen doing twin stuff. I can’t think of a better way to wrap up this twin tribute than this:

Lana: Well, that was just gweechy! Wouldn’t you say?